Hello all,  I wanted to send a quick note out to everyone who participated and helped out with the PB fundraiser tourney, from bringing chairs, snacks, water, pop-up tent, taping the courts and especially donations. So far we have

raised just shy of 2k but the money is still coming in. We had 26 participants and plenty of spectators!  We had 3 courts going on for the first time at the Pond and it was definitely needed. Congrats to Kris Erickson for the most wins and Julie and Thierry for the doubles champions!

We hope to have the new nets and new painted lines

I think the biggest complaint was that the pickles were not from Vermont!  We’ll change that next year. Thx again to all.  See you on the court.

A special thanks to Julie and Thierry for bringing this pickleball thing to the pond. I’ve enjoyed getting to know 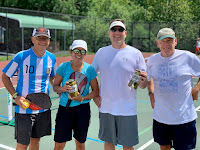 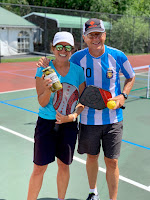 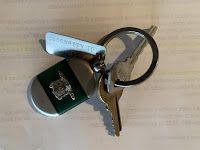 Sadly, I am reporting that Rachel Lewis (Sandy Beach Road) passed away recently. I didn't know Rachel well, but the few times I met her... 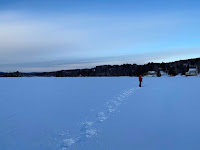 Jane and Fred Brown
Joe's Pond, Cabot, Danville and Walden, Northeast Kingdom, Vermont, United States
Fred and I hope we will be able to bring you closer to Vermont through our "Local News Blog." This is the "party line," like our telephone system used to be in rural Vermont. We try to keep folks informed about what's happening at Joe's Pond and in surrounding communities and keep folks in touch when they are away. We connect with people who have known and loved Joe's pond in the past, our Joe's Pond friends who are warming their toes on a sunny beach while we romp in the snow, and have made friends with people who have never been to Vermont. We are a team - I take care of the blogging, and Fred keeps the web site current and takes pictures for the blog. He is also my "go to" guy for technical details for which I have no patience. We hope you'll contact us at one of the addresses listed below or use our "Comments Page" - we look forward to hearing from you. Contact us from our web site, www.joespondvermont.com, or at one of the following: janebrown@joespondvermont.com, fredbrown@joespondvermont.com